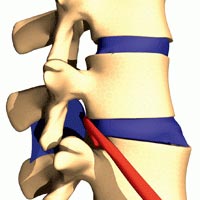 If a certain vertebra is subluxated, it does not logically follow that the same vertebra will be subluxated in your offspring. Subluxations are not inherited. However, there are certain inherited tendencies that pre-dispose individuals to the same subluxations as their parents. Bony structure is genetically passed from parent to child. This is often apparent in the facial bones. Children’s bony structures cause them to look like their parents. Parents with large frames have children with a tendency toward being “big boned.”

Another interesting point to consider is that so-called “inherited diseases” may be related to this concept. It is entirely theoretical but if the same vertebrae in parent and child are subluxated and they just happen to interfere with nerves going to the same areas of their bodies (all other factors being equal, that is, diet, environment, and other hereditary factors), it logically follows that the child could develop the same disease as the parent. We could go on to theorise that, if we can change or improve as many factors as possible, we may give the child a greater chance of avoiding the disease that has already, or will in the future, befall the parent. All of this is theory and really not an area of concern for the chiropractor. The chiropractor’s objective is to make sure that everyone, regardless of their age or hereditary factors, is as free of subluxations as possible for their entire life. That is the very important reason that children should be under regular chiropractic care.