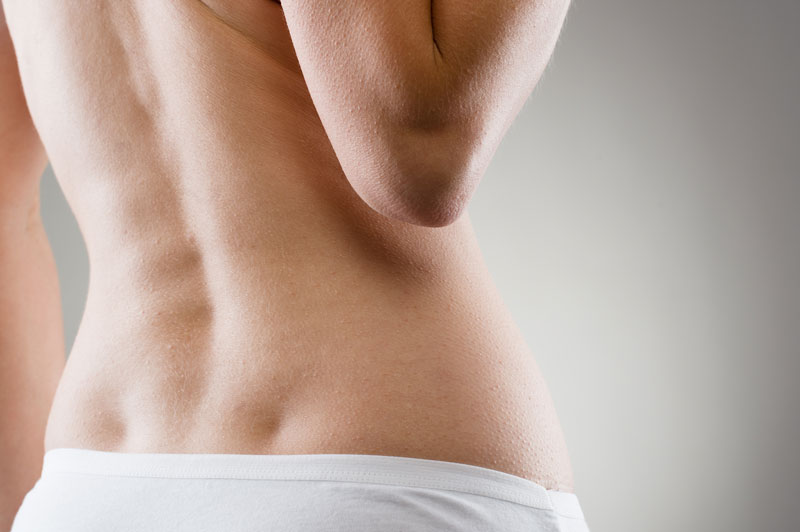 Scoliosis is a progressive, lateral curvature of the spine. It is a medical disorder common to people whose spine or vertebral column becomes misaligned through a 3-dimensional deviation. Three-dimensional, meaning, it can be viewed on the X-ray as resembling a letter “C” or “S” instead of the normal straight line. The word scoliosis came from the Greek word σκολίωσις (skoliosis) literally meaning bent or crooked.

Although both men and women can be afflicted with scoliosis, statistics show that women have more risk of acquiring it. The condition is often seen to aggravate during adolescence when bodily growth is at its peak.

Scoliosis is usually congenital in nature. This means that people with scoliosis are often born with it. They had a vertebral abnormality since birth.

In cases when scoliosis is not congenital, the causes can range from neuropathic to myopathic conditions that can result in a loss of muscular support for the spinal column which will lead in the spine and vertebral column being pulled and pushed out through abnormal positions. We call non-congenital scoliosis as secondary scoliosis. Other conditions that can cause secondary scoliosis are myotonia, poliomyelitis, muscular dystrophy, spinal muscular atrophy, cerebral palsy, and spinal cord trauma.

If scoliosis is found to have unknown causes, the condition is said to be idiopathic.

Scoliosis is usually first seen in children between the ages of 10 and 15. However, it can occur in younger children aged 3 to 10 years (juvenile scoliosis) and in babies (infantile scoliosis). Scoliosis can also occur in adults with no previous history, due to spinal degeneration and advancing age. This is called de novo scoliosis.