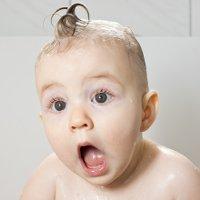 Two studies that have recently been published support the benefits of chiropractic adjustments for improved nervous system function that can have important effects on our quality of life.

The first of these studies (1) was a randomised controlled trial which showed that, compared to the control group, older people who received 12 weeks of chiropractic care had improvements in their sensory and motor functions that are related to the risk of falls. The researchers note that, “Falls account for more than 80% of injury-related hospital admissions in people older than 65 years, and they are the leading cause of injury-related death in older adults”. Interestingly, improvements were only noticed after four weeks of care. So if you are older, it may be wise to be a little patient when receiving care. Also in this trial, the participants experienced significant improvement in the physical component of their quality of life. Findings such as these highlight the potential benefits of chiropractic care for older people, and also underscore how unfortunate it is that older people tend to be under-represented in many chiropractic practices. This may be due to the mistaken belief that older people have to simply accept deteriorations in their health.

The second study (2) found that adjusting the spine changes brain function by almost 20%, possibly in the part of the brain that is the conductor of the brain, that is, the prefrontal cortex. This dramatic finding could explain many of the previous results regarding the effects of chiropractic, such as enhanced ability to carry out mental rotation of objects, better joint position sense in both arms and legs, increased leg muscle strength, and improved control of the pelvic floor. A better functioning brain is more able to effectively carry out its activities.

Supported by results of this kind, I as your Canberra chiropractor, encourage all people (including older people) to have their spines checked and adjusted as necessary, given that adjusting the spine changes brain function.