“What is that Popping Sound?” 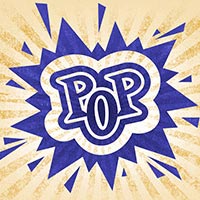 One of the most common questions I am asked by patients is: “What is that popping sound when you adjust me?”

The actual pop is called a cavitation. Let me explain the mechanism. The joints of the spine are called synovial joints and they produce a fluid called synovial fluid. Each vertebra is connected to the vertebra above and below by two of these joints. The synovial fluid lubricates the joint for movement, and nourishes it. Oxygen, nitrogen and carbon dioxide gases are the by-products formed in the production of synovial fluid, in which they are dissolved.

When a chiropractor gives an adjustment, it stretches the joint capsule, causing the joint surfaces to separate (within their normal range), which creates a vacuum. The gases are instantly released from the synovial fluid into the vacuum, which creates the popping sound.  The joint cannot be popped repeatedly since it takes time for these gases to dissolve back into the fluid. Since there are potentially four joint surfaces that separate during an adjustment, a few pops may be heard in quick succession if the joints don’t separate at exactly the same time. Since some patients can be a little anxious about the popping sound that can accompany an adjustment, it’s important to note that this sound is not made by the bones; in other words nothing is “cracking”.

Once the joint is opened up by the adjustment, several things occur. Firstly, synovial fluid re-lubricates the joint surfaces and normal range of motion is restored, thereby improving the health and function of the spine. Secondly, it helps clear up the nervous system communication between the brain, the body and the environment, and finally it makes improvements in the brain’s ability to affect muscle strength and efficiency. No small thing!